1066: The Hidden History in the Bayeux Tapestry


Andrew Bridgeford. For more than years the Bayeux Tapestry has preserved one of history's greatest dramas: the Norman Conquest of England, culminating in the death of King Harold at the Battle of Hastings in Historians have held for centuries that the majestic tapestry trumpets the glory of William the Conqueror and the victorious Normans.

Or was he a non-Norman French who selected this medium, perhaps as a nod to the famous Saxon skill, to weave his report? One thing is certain: he reaches through time, gifting us who yearn to know of our past a legacy, a concrete marker of where we came from, to spare us the more complete loss of our collective memory. Something that once actually breathed in some of the same dust that today blows about in the wind, nearly one thousand years later.

As physical representation of their time it may be small, but given the risk he likely took in setting out to perform the task, it is much larger than any of us. It renders them as not having mattered, one reason why names are so significant. Many people know this. William knew this. We also know of an un identified someone willing to take a huge risk with his life, understanding that it mattered whether we who came next knew about events in his era. Perhaps he even understood it might take us quite some time to pick apart the threads, satisfied that once we began to sort through, there was much more to uncover, even than what initially was discovered, that William might be denied his absolute victory, even this far out.

While understandably unsatisfying to many, it is at least some small justice, perhaps, as one writer recently commented, perhaps the only justice those who suffered will get.

Even if so, we know much more about events leading up to and of this day, and many of the interwoven threads depicting lives, each with so much relevance. And so today, one year after , and for many more to come, we see the people laid into flax, their whispers on the winds of time as we strain to hear what they say. These busy little figures are not just eleventh-century cartoon characters stitched onto linen. They stand for real people, real people whose lives were changed, and in some cases ended, by the greatest of all events in English history.

More than that, recorded in these threads are forgotten stories yet to be retold. With love and gratitude to those who suffered and were lost, and others through the ages,.

Thank you for joining us for this final installment of our year-long commemoration. For a complete list of entry hyperlinks, please click here. Roland Clarke shares his thoughts as he fights MonSters to turn his words into cliffhangers. Tastellers, sommeliers, dreamers made in Florence. Spreading food love across the World Skip to content. Here Harold sailed by sea.


Note the singing crow on bottom border, near middle, as he sings, thus tricked into dropping his cheese. Norman apologists liked to believe Harold was the wily fox, unfaithful to the oath he swore to William, portrayed here, so they believed, as the crow.

Harold swears the oath. Writing Wings Roland Clarke shares his thoughts as he fights MonSters to turn his words into cliffhangers. Michele Rigby Assad. Manal al-Sharif. My take on this is the tapestry belongs to that period of reconciliation between William and Count Eustace. Although the tapestry, says Mr Bridgeford, may appear to be the product of folk art, it was ingeniously designed with ambiguity purposely woven into the narrative. He said he had been given my book for his birthday by a friend and he had some interesting observations about some of the people I mentioned in it.

That letter is among my proudest possessions. Mr Bridgeford believes the museum is the most likely destination. However, he foresees difficulties in moving the textile, which is believed to be more than years old, from its long-time home in Bayeux, to Britain. It would be very easy to damage parts of it in the process. That made an impression on me as I learned about Harold and William at school. That was when I started reading more history and got interested in the tapestry. The Washington Post called me up and I spoke to them, and my agent in London got several inquiries.

Asked what Britain could present to France in return, he ponders the question for a good half minute. I suggest something of similar magnitude — the Magna Carta perhaps? 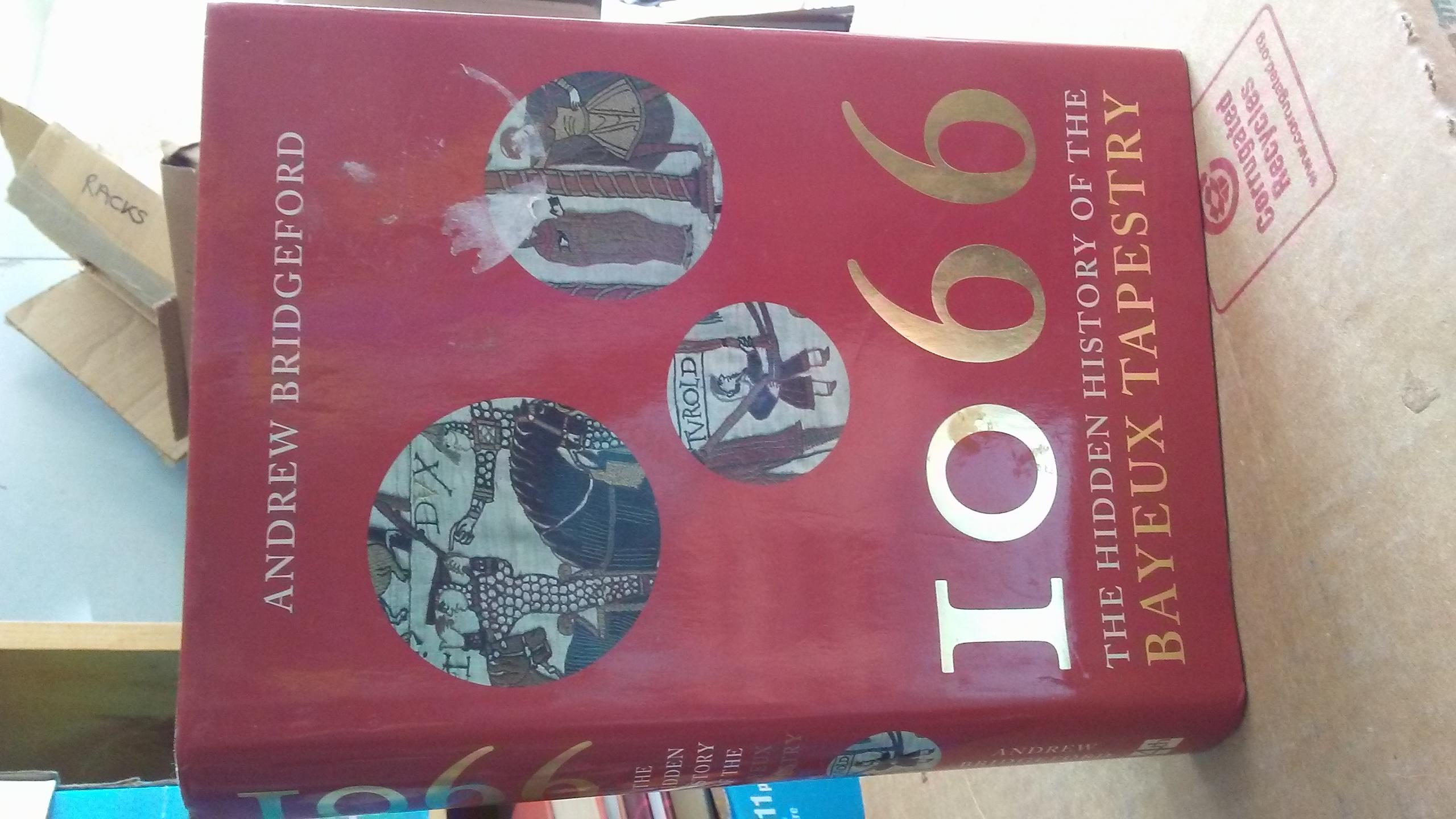 go here Andrew Bridgeford, author of a book on the Bayeux Tapestry. Man in serious condition in hospital after being assaulted near Springfield Stadium News 3 hours ago. Man jailed for grooming girl News 3 hours ago. States to consider extra bank holiday News 2 hours ago.